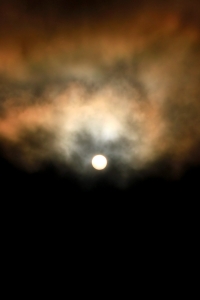 There are been dark times in my life. More than once.

Sometimes I have been blinded and groping in darkness, or a dreary gray, due to circumstances far beyond my control,
but most times I’ve been inflicted by the enemy called self.

There have been times when I’ve lost a grip on grace.
And instead of holding my hands open for more, I’ve clenched tight to what little I have, grasping so tightly that I can not receive gift.

But much of that has changed.
And it’s changed because of one word: Expect.

You see, I’ve always expected. I have had misplaced EXPECTations.
When I’ve EXPECTed the wrong things from the wrong people.
Trying to make them God, and me not responsible for my own future.

And I’ve often EXPTECTed the worst.
Trained like Pavlov’s dogs in a world of disappointment.

But I thought that I’d try my hand at something different.
I thought I would allow myself to have an EXPECTation full of hope in God.
I mean, He always comes through any way, so why not trust Him beforehand, instead of being shocked…
or worse yet, not noticing His provision afterward?

So, I just have to brag on God!

Since I’ve endeavored to be more hopeful and EXPECTant, the following blessings have come to my family:

1. My husband found a job where he is celebrated, has a ton of favor and has a bright future to do the things he most loves doing! (#247)

3. My daughter received her dream role as Elizabeth Bennett in the play Pride & Prejudice. (#249)

6. I’ve received two scholarships from two different writing conference’s. Praise the Lord, since there was no way I could attend either without them! (We still are catching up from my husband’s time off of work.)(#252)

7. I received a call for an interview for a job position that would allow me to use many of the stones in my shepherd’s bag. (#253)

11. I was called for a second interview for the job position mentioned in number seven. (#257)

13. I had the wonderful privilege of having Ann Voskamp respond to several comments over at the High Calling and {In}Courage. (#259)

…and I’m sure that there are many things I’ve forgotten. I have chosen to expect that He will lead us through this time of transition, and He has proven to do more than we could think, hope or imagine!

When you consider that I felt at the end of my hope, and wrote this on February 7th, you can see how good God is, and how quickly He can turn things around for those who put their hope and confident EXPECTation in Him!

…sharing a playdate with Laura: