Welcome to Saturday Morning Serial! This is the place where you can link up your continuing story! Here are the rules, 1) Fill out the linky form below 2) Scroll down on the sidebar for the Saturday Morning Serial Linky Badge and copy and paste onto your blogpost. That’s all there is to it! Please keep in mind that this is a family show. G and PG content only. Enjoy your breakfast! 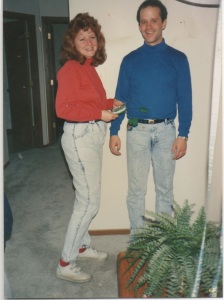 My dear friends Steve and Sue, now owned a business and were putting in long hours. This was especially hard on their 2 children:  S., now five years old and their little girl E. who was 2.  Sue, being practical and organized, was always concerned about how I was getting on, so she suggested that I help them in the area of childcare.  It bothered me that I was unable to watch their kids for free, especially since they’d been such a help to me, but this was Sue’s way of finding a way to be a consistent blessing without hurting my pride.  So, on Friday evenings S. and E. came to spend the night, and I kept them all day Saturday.  My son J., now 4 years old, was excited to see his friends on a regular basis.

S. ended up being a funny little boy.  He still hadn’t lost his baby fat, could be very silly like his father, and loved to win.  In fact, he would get very cross and pout if he didn’t.  E. had red hair just like her mother, freckles and light brown-almost orange eyes.  She always turned her head when she spoke. She had a real flair for the dramatic;  a regular Shirley Temple.

The night was stormy.  If you have never experienced a storm in an older single-wide trailer, you’ve never lived on the edge.  It was about 8:00 at night, the children had just finished eating dinner and were playing Mario Bros.

I hope the sirens don’t go off, I thought. Whenever there was a threat of dangerous weather, the park manager would go down to the clubhouse and unlock the door so that the residents could go somewhere safe until the weather had passed.

Keeping this in my mind, I began preparing shoes and blankets and a flashlight, in case the power went out or the siren went on.  After all was ready, I took the flashlight and went back to the kitchen sink to finish the dishes. Thunder echoed in the metal trailer. 1 Mississippi…..2 Mississippi…..3 Mississippi.  According to my calcuations, the storm was about three miles away.

“Do you have any dessert?” S. was hopeful.

Dessert was a novelty around my house.  We simply couldn’t afford it.  My figure benefited.

“Well, let me see what I have.”  I thumbed through a recipe book.  Flashes of light…1 Mississippi…2 Mississippi.  The storm was closer, and I tried to swallow away a feeling of panic.

“How about if I made some homemade donuts?”  I asked.

“Sure!”  My voice squeaked as a clap of thunder made all of us jump.  E. started to cry and J. put his arm around her.

“How would the three of you like to help me?”

No sooner had the words come out of my mouth than all three of them rushed into the kitchen.  I found a pretty apron for E. and two white chefs aprons for the boys.  S. had slid a chair into the kitchen for E.  I began to heat the oil on the stove, thankful that I had a gas stove and not electric.  The wind rattled the siding, lightening flashed and the hum of the appliances stopped.  Mario was quiet and we stood in the dark except for the blue glow of the stove.   The electricity was out.

I reached for the flashlight.

“Boys take turns,” I carried E. on my hip as I lit all the candles in the room.  The lightening looked even more creepy in the candlelight, and the house seem to shudder in fright.  I heard a snap, and then two and then the sound of hail pelting the roof and sides of the little trailer. Simultaneous lightening and thunder.

J.’s eyes were big and wide, and S. stopped stirring and handed the spoon to him.  “Here, you can stir now, J.”

“Children!  I have an idea.  Let’s turn off the stove and head over to the library in the clubhouse,” I tried to sound cheery.

J. started to put on his shoes.  He’d been through this drill before and knew the routine.  I turned off the stove and blew out candles as quickly as I could.

Grabbing E.’s shoes and the car keys, I slid my feet into slippers.

“But we’ll get wet!” S. whined as he pulled the velcro on his shoes.

“You’re just going to have to trust me S.”

By the time we got to the car, we were drenched.  The wind whipped the rain in waves like a sheet on a laundry line.  My hand shook as I put the key in the keyhole.  Reluctantly, the car started and we headed to the clubhouse.  There were only a few cars in the parking lot, as most of the residents ignore the tornado siren.  I hated to get the children even more wet than they were, but the car shook with the intensity of the storm.

“S., on the count of three we will open our doors, okay?”  The trees were bowing to the ground now, and swirls of rain made tiny funnels in the parking lot.  “One,”  My ears were beginning to pop.  “Two,”  my hand was on the handle.  “Three.”

The boys slid out of their side and I grabbed E. from the backseat.   She was laughing hysterically, as I placed her blanket over her head.  “Peak a boo!”  I could hear her muffled voice say.

We ran up the stairs as the park manager held the door open for us.  An older woman held out a wool blanket for the children, and we all felt safer in the brick building.  Safer and closer.  S., E. and J. were huddled together, teeth chattering, arms around each other.  Someone had started a fire in the fireplace.  Any cross words that had been spoken earlier were forgotten and the boys were interested in taking care of E. and me.  Until…

Link up with us! 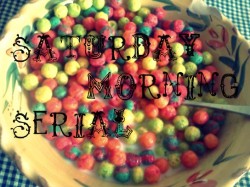